The documentary film provides critical perspectives on the decision-making, scientific studies and planning of the Xayaburi dam being built in Lao PDR. It highlights the role of the Finnish company Pöyry who did the study used by Laos to justify the project.

Xayaburi is the first dam being built on the main stream of the Lower Mekong River. Since its inception, the dam has proved controversial for many social and ecological reasons but most importantly for its potential effects on the wild capture fisheries of the Mekong River that thousands of people depend upon for food, trade and livelihoods.

Pöyry was hired by Laos in May 2011 to evaluate the project’s compliance with the requirements of the Mekong River Commission (MRC).

Pöyry downplayed the project’s environmental and social impacts. Although identifying that over 40 additional studies were still needed to understand the project’s impacts, Pöyry recommended that construction continue. In November 2012, Pöyry was appointed the Lao government’s chief engineer for the project.

The film interviews a range of local people and fishers, the region’s leading scientists, civil society representatives, and the media to explore the dubious politics, bad science and conflict of interest behind engineering the Xayaburi dam. 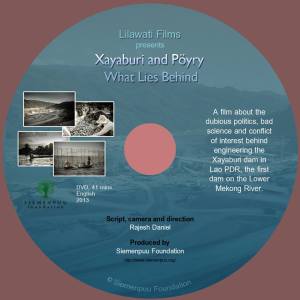